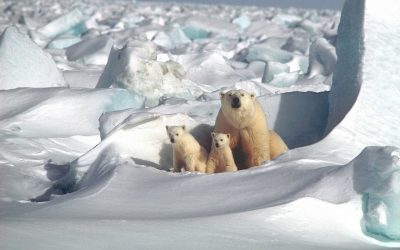 Global warming is causing an overall decrease in sea ice distribution and structure. Arctic ecosystems and populations are exhibiting large-scale fluctuations in comparison to the naturally observed climate cycles. Large alterations of habitats cause shifts in trophic interactions, which can eventually lead to extinction. Populations of polar bears and other pagophilic species have been negatively Read More

Ozone Layer- Past and Present

We are all very familiar with the beautiful, dense jungles known as rainforests. Characterized by their tropical species and tall, green trees, they can be found on every continent except Antarctica. However, did you know that there are two different types of rainforests? The two different types, temperate and tropical, differ from each other based Read More

Important Reasons to Teach Weather Science to All Ages

Adults have tried all sorts of stories to help explain away the fear children have during storms. There has been a success in teaching children about how weather works. If they understand it, it should help alleviate some fear. So why not teach all ages about weather science? Weather Science Teaches Observations – As children play Read More

The Political Theory of Climate Change

For decades now, climate change is one of the most discussed problems about the environment and has aroused lots of scholarly interest in several quarters. The effect of climate change is quite apparent ranging from the continuous rise in the earth’s surface temperature by 0.85-degree centigrade. The increase in temperatures links to the emission of Read More